I am getting ahead of myself. Rewind thirteen minutes.

It was a beautiful, clear, cool night with the full moon rising behind Tiburon as I waited for my Lyft in Sausalito.

The driver was an interesting looking man, rather large with a bowling ball of a face adorned by a very large, bushy grey moustache, twirled at its ends. His face came straight from the 1880s. Sepia was the tone for the night. The driver had pizzaz; I knew that within two seconds, faster than a musical note could hit my ears, and it would. As I climbed inside the car and we exchanged greetings, he offered in a voice built for radio, “I’ll be your entertainment for the next thirteen minutes. Would you like country, Disney, Sinatra, or Barry?”

“Manilow!!!!” He continued sardonically, “What do you mean ‘who’s Barry?’ Everyone knows Barry!!””

He was right. I responded, trying to gain a sense of control with the conversation. “In that case, Frank!! Frank for sure!”

I settled down into the plush leather seats of the massive white Suburban, as the driver belted out in deep baritone that eventually hit highs and lows, his voice’s timbre both bright and warm. Who was this man with the waxed moustache??

“They say that falling in love is wonderful
It’s wonderful, so they say”

I couldn’t stop laughing. Interrupting him, I asked “What if I had asked for Disney instead?”

He deadpanned. “Then I’d sing Disney.”

“Let me finish this one first.” The driver was always in control.

I needed to hear Disney!! And so, without missing a beat, he changed his tune.

“I can show you the world
Shining, shimmering splendid
Tell me, princess, now when did
You last let your heart decide!

“What’s next? You want Barry? or Elvis?”

“You probably won’t recognize the song. But you’ll recognize the very last line, even though it’s a very obscure song. Very obscure, unless you have the ‘Barry Manilow Live’ album of course.”

“There’s no one I know who has the ‘Barry Manilow Live’ album.”

“It was my first.” He almost laughed.

He was right. I had never heard the song he was singing. After Irving Berlin and Disney, I was slightly disappointed until he sang the last line…

“And, like a good neighbor, State Farm was there!”

“The State Farm jingle? Man when I woke up this morning, I did not think I was going to be listening to Barry Manilow!!!”

Apparently, Barry gave us a lot during the 70s… Pepsi, Dr Pepper, Bandaid, Kentucky Fried Chicken, Stridex. They paid him $500 per jingle and that’s how he made his money before becoming famous.

“He WROTE jingles before he was famous.”

“No shit. He was a helluva performer. That’s why I hate it when people Barry-bash.”

You know what he gave us?” I think I had just met Barry Manilow’s greatest fan, certainly his biggest; and he came to me in a white Suburban all the way from the 1880s.

“He gave us State Farm! McDonalds! Dr. Peppers! He gave us Mandy!!”

“Copacabana is a classic!”

“I went and saw him in concert at The Greek in 1978 with my mom and my brother; and it was right after I had seen the movie ‘Foul Play’. He did the theme song for that one…

After the song, the driver continued “So I’m about to walk into the bathroom, but what I didn’t realize was that I was about to go into the women’s bathroom and you know who walks out?”

“Who?” Nothing would have surprised me at this point.

He won — he surprised me. This strange man was mesmerizing. I had a fleeting thought that this could be the most interesting man I’d ever met. Then I realized, I knew DaveRisner. That title had already been taken, but he was definitely top five material.

This Lyft ride kept getting better and better.

I wanted to hear some more Barry Manilow. When’s the last time I thought that?

When we finally stopped thirteen minutes later, I was a bit sad. We were in front of El Paseo, Sammy Hagar’s Mill Valley restaurant which would prove to be amazing and I was about to have dinner with three couples and it was going to be a wonderful evening.

Before leaving the vehicle, he made one final point, “This is just one of my six jobs. I don’t want to make any assumptions, but I’m also a dispensary on wheels.” 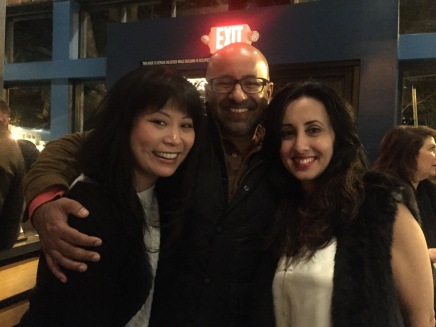 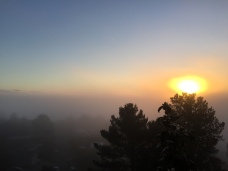 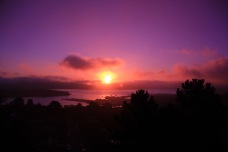 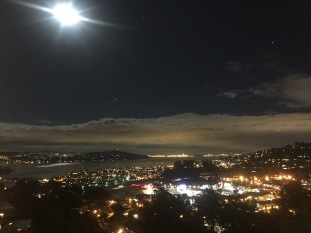 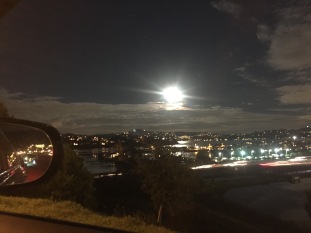 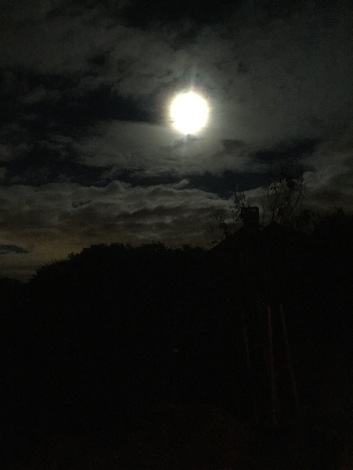 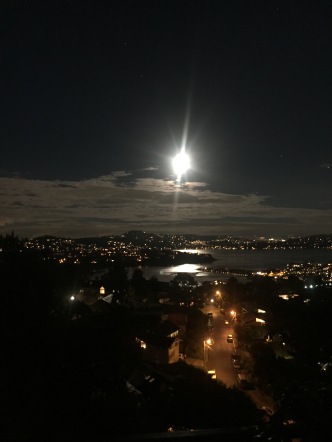 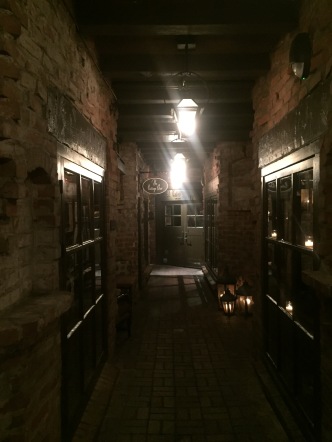 Please follow me on My Blog
If you would like to purchase or inquire about custom art, please visit My Artwork

One thought on “The Driver, Lyft, Frank, Disney and Barry”