Love is everywhere. You just have to go look for it, and be open to it. Some places are just easier to spot than others. And so it was, on a journey that started on the ferry from Sausalito to San Francisco, ended at Lands End hiking trail along the San Francisco coastline, I found it. It wasn’t difficult to find. I just wanted to look for it and I needed to be open to it. Today, I decided to look for it by becoming a tourist.

Random side note, for some reason I have Nirvana in my head. I haven’t listened to them in years. I prefer Soundgarden, Pearl Jam or even Stone Temple Pilots if we’re going to pick music from that era and that genre. Cobain’s lyrics “I miss the comfort of bein sad,” shout at me, even though I feel nothing of the sort. I’m on the ferry heading back to Sausalito from San Francisco. I highly recommend being a tourist in your own city. I feel that Anthony Bourdain would be proud of me.

I had a wonderful meeting with a friend, the central theme to our conversation being the storybook of our lives, the experiences we have and share, and the wonderful connections we make with others, and the importance of it all. He developed an app that captures all of that sentiment, that scans any (old) picture you have in a photo album and share it with a private group and/or throughout your social media outlets. It’s amazing; if you haven’t downloaded the Heirloom app yet, do so now.

During that conversation, I received a text from another friend who wanted to go on a hike. I suggested Lands End situated on the northwest corner of San Francisco along her coastline, where Taylor and I had hiked the first month we had moved to the Bay Area. Lands End boasts the most spectacular views at every turn, teeming with Monterey Cyprus trees and wildflowers, of shipwrecks and caves, with a golf course next to it, and of course the ruins of Sutro Baths. I had been wanting to go back ever since that first month, but being in the city as opposed to Marin, we just hadn’t had a chance. Now we had it.

We started at the northwest end, walked the Sutro Ruins Trail to the Sutro Baths Upper Trail to the Lands End Coastal Trail circling back thru the Lincoln Park Golf Course (instead of walking through to Eagle’s Point Overlook) on the El Camino del Mar Trail before, finally settling back to the Sutro Baths Ruins. The air was significantly cooler, and the ground damp. We were surrounded by green, our only respite from it when the forest opened up on the left when the lush green gave way to the brilliant ocean blue. Our hike ended standing on an overlook into the Pacific Ocean. Rock formations all around jutting out of the waters as well as against the shore, five foot waves crashing towards land, its sounds music to my ears. We walked down the hill into and then out of the tunnel by Sutro to the sun setting into the horizon behind the ocean.

As I walked out of the tunnel, as clear as day though I didn’t notice it from the overlook up above, especially during the golden hour when everything is just a little bit more beautiful than they are during the rest of the day, “love” caught my attention. She always does. She was magnificent. And I could not stop staring. I could not stop thinking how unbelievably incredible nature truly is; how the opening to a rock formation piercing the ocean could from a certain angle show us all there was to know. There she was. Love. And I had found her. 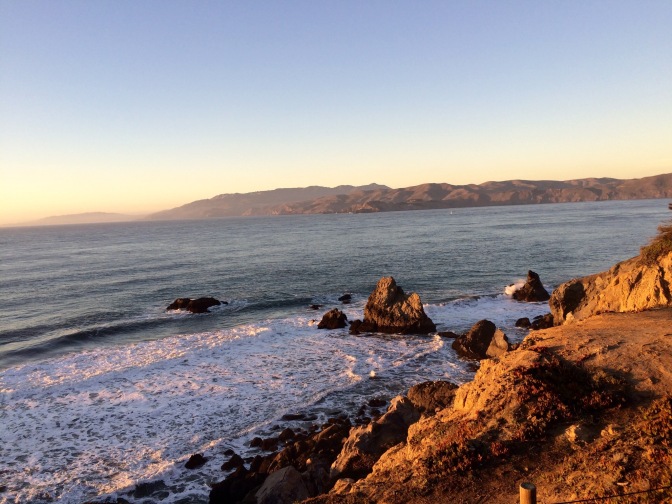 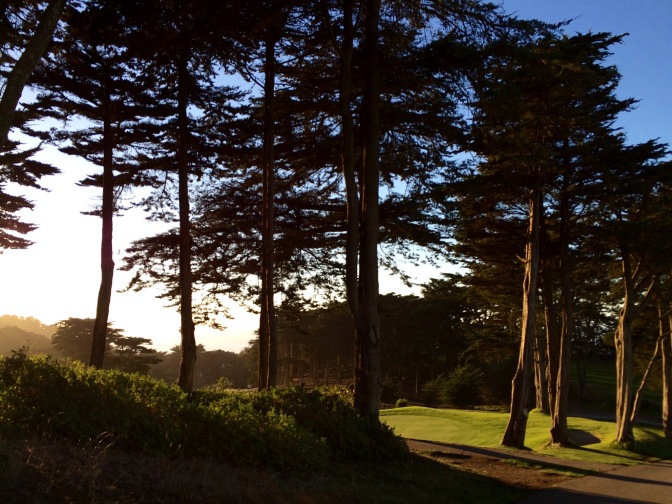 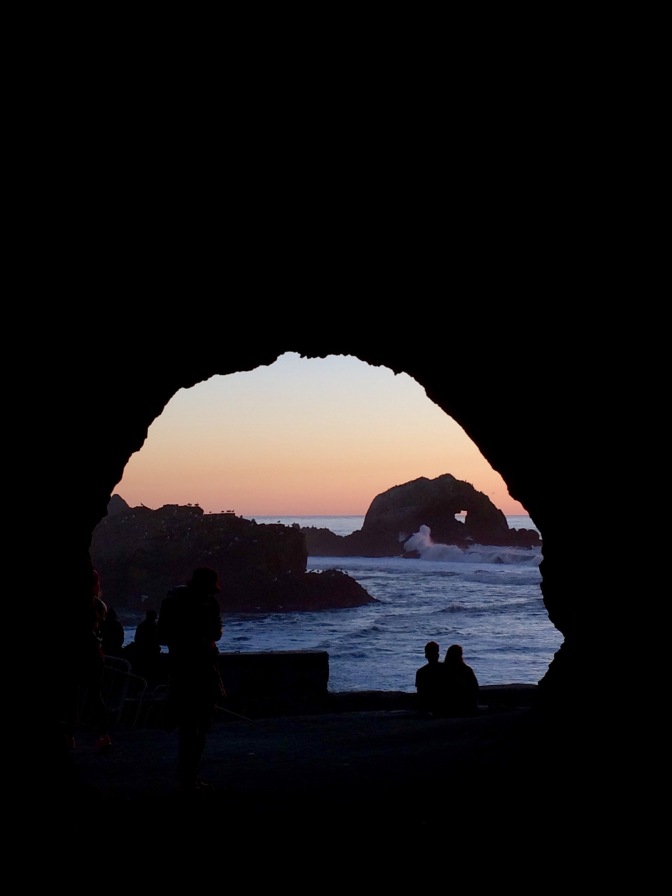