Papa-C put the seat down! And so now, I could walk all over the back of the car, instead of just the very back. Also, now I could walk up to him while he was driving and lick his ears whenever I wanted. And so I did. Whenever I wanted. We’d ridden in this new car since Father’s Day this year; and it was nice, shiny, and black with leather seats, smelled real nice and could drive fast. Like Ricky Bobby fast. But he never let me in or near the front. Until today.

My name is Taylor. And I am big and beautiful and have four legs.

This road trip would be different. It was different.

Papa also rolled down the windows! I stuck my head out to feel the cool wind as my jowls flapped against it. “On a dark desert highway, cool wind in my hair, warm smell of colitas, rising up through the air.” The Eagles could turn a tune. I had tears coming out of my eyes. I was so happy. It was exhilarating. This must have been what Enzo felt racing in the rain.

Truckee was cold. The snow capped mountains provided the perfect backdrop to Donner Lake as the rain came and the fog settled over us. Truckee and Laker Tahoe are simply beautiful.

I-80 through northern Nevada is a racetrack. The terrain changes dramatically after Reno, the colours significantly more mute, the mountains large and rolling, like hills, boundaries to the open and empty highway. We are in a bowl of deep thoughts. You wouldn’t know it, but I was also a deep thinker. Though, truth be told, I was more of a doer; my papa more the thinker. Still, I had my moments.

Utah especially was breathtaking. I remembered it well from our drive so long ago starting in Chicago and ending in California; we camped there. From I-80, we drove through Salt Lake City and then Provo settling along I-15 and State Road 6 before settling on I-70 where we would be for the rest of our journey. And even in the night sky, I could see the snow capped mountains against the cities, a brilliant white against the dark midnight blues. It was late when we arrived at Moab, where two of my dad’s best friends were waiting for him. It was after 2:00 AM. They would wake up three hours later to go on an epic hike while I waited in the “log cabin made of earth and wood / where lived a country boy named of Johnny B. Goode” and I sang to myself “Go Go / Go Taylor Go / Go Go / Taylor B. Goode.”

The next day, we drove through Arches National Park near Moab, and headed into Colorado. I couldn’t get enough of it. All of Western Colorado was breathtaking as we drove along I-70 through Arapaho National Forest (Eagle, Vail, Silverthorne, etc.) before hitting Denver and heading north to Fort Collins where we spent the night with papa’s friends for a holiday party; and I got to hang out with a bunch of kids. I loved meeting Tyson and Mason and their friends. We spent the next night with a friend in Denver. Two nights in a row, I got to spend with a Christmas tree; I was so happy.

And then early one morning, we were back on the road.

While Papa drives, I stare out the window. Papa has painted what I am seeing countless times. And now I know why. I think back upon his paintings and now have a new appreciation for all of them, not that any of them look like what I am seeing, but rather they remind me of everything I am seeing all at once. I can see where and why he gets his inspiration.

Eastern Nevada, Utah, and Western Colorado were all different. Different in the best way possible.

Cos we are driving through Kansas now. With that said, I wonder if anyone lives here. It. Is. So. Empty. It took a long while and we were once again driving Ricky Bobby fast (cos we refused to be last).

We hit a ton of traffic in Kansas City; and I can tell papa is tired; but he powers on. He drives through Missouri from KC through Columbia then St. Louis before heading up the highway towards Indianapolis, arriving that night at 2:30 AM (sixteen plus hours later) with papa’s parents – my Ammachi and Appachen. And we spend a few days there, before leaving for Chicago.

I’m really lucky. I have two papa’s. They are both brothers. I lived with Papa-G for the first four years of my life with my brother Lawrence. And then I moved in with Papa-G’s brother Papa-C, my brother staying with Papa-G. I’d only seen Papa-G and Mama-K once before since moving to California; they came to visit a few months ago. Once arriving in Chicago, I decided that I would spend the week with Papa-G & Mama-K while Papa-C went to Washington, DC.

And that’s where my fun really begins. 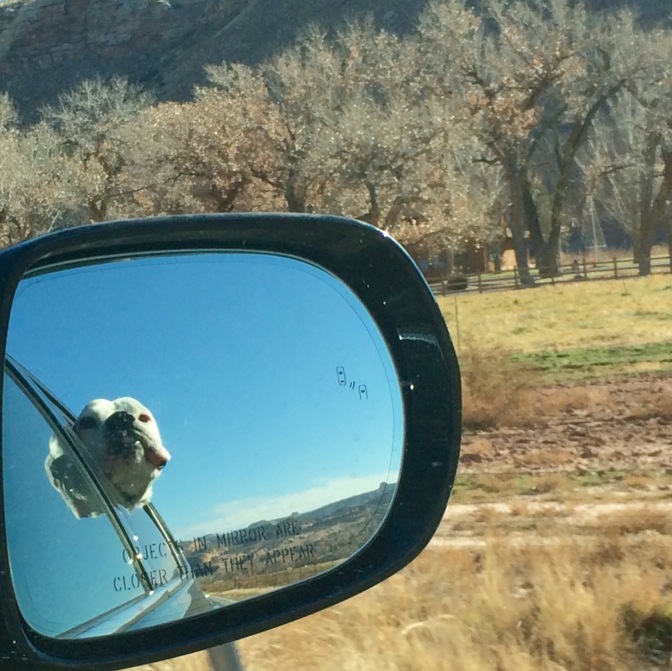 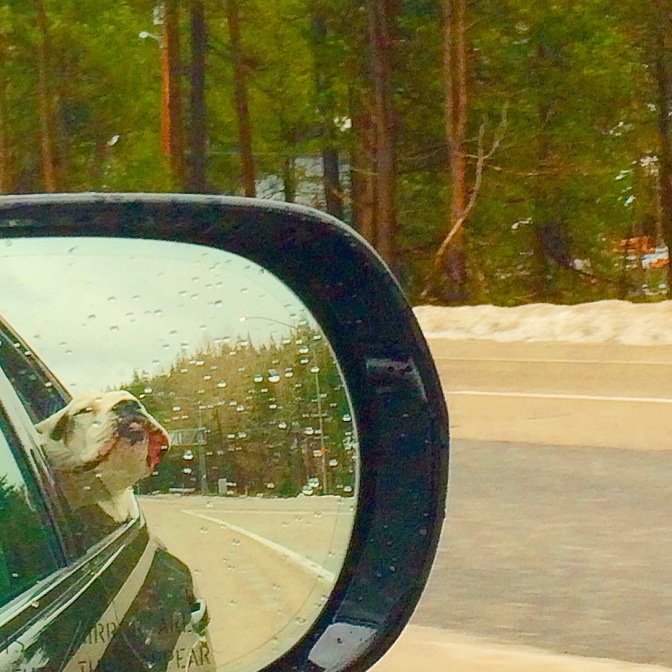 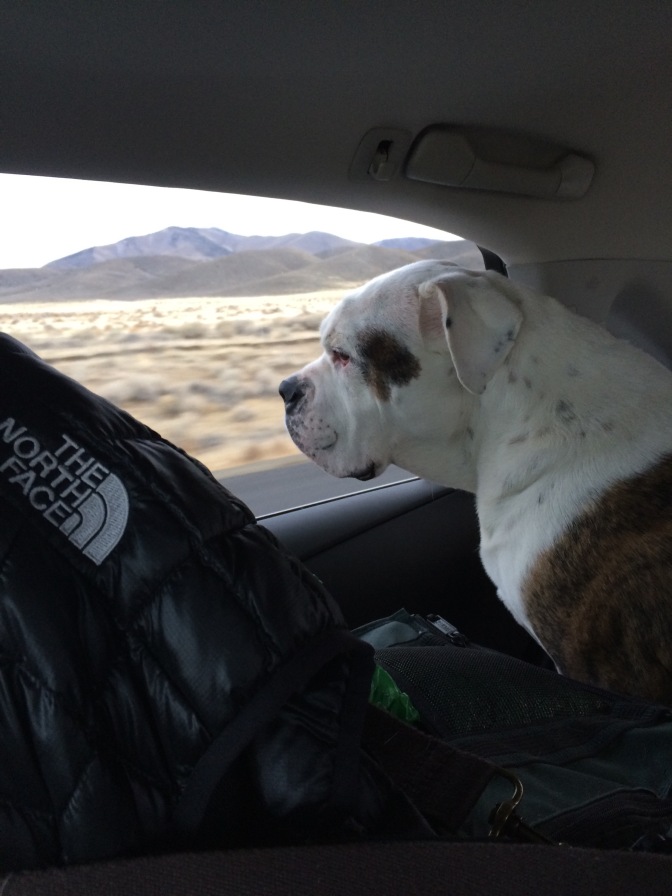 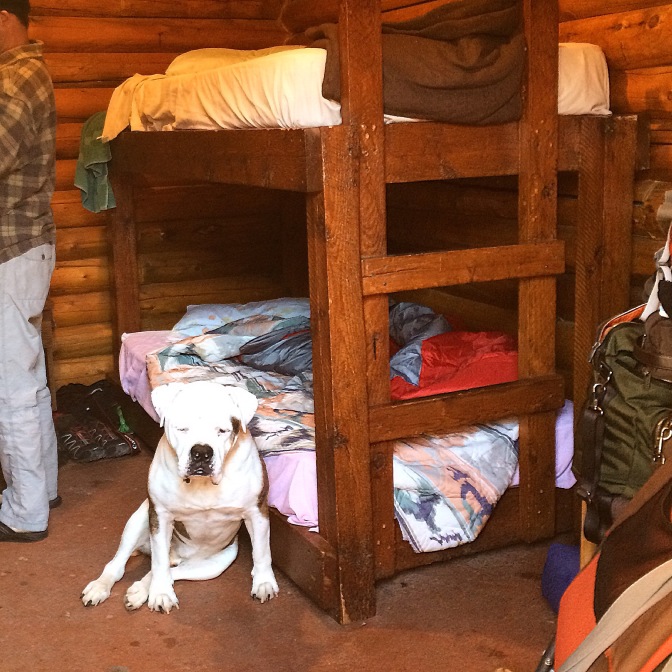 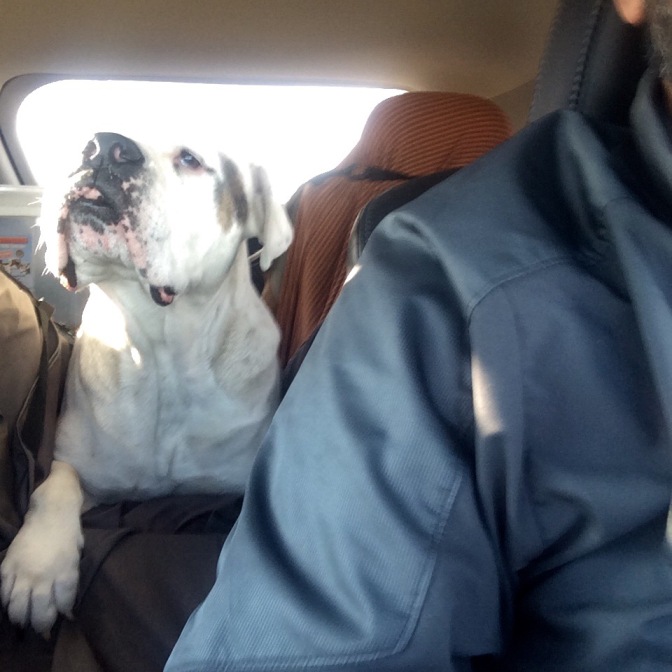 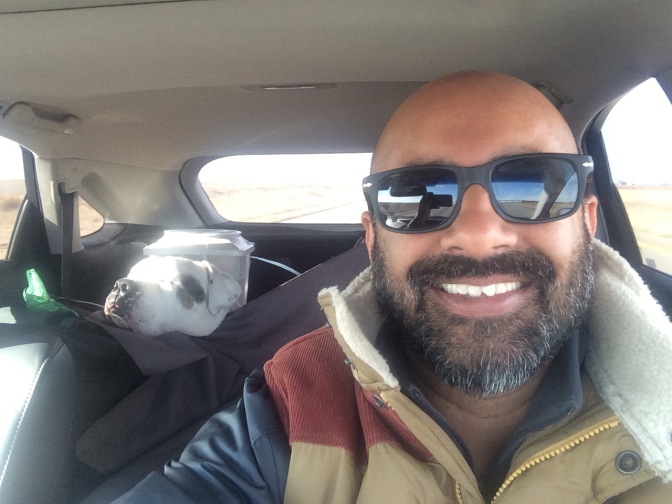 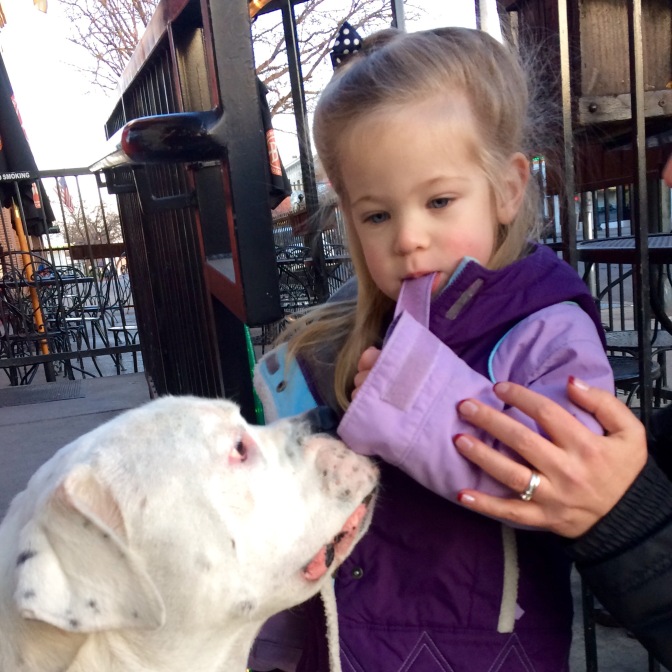 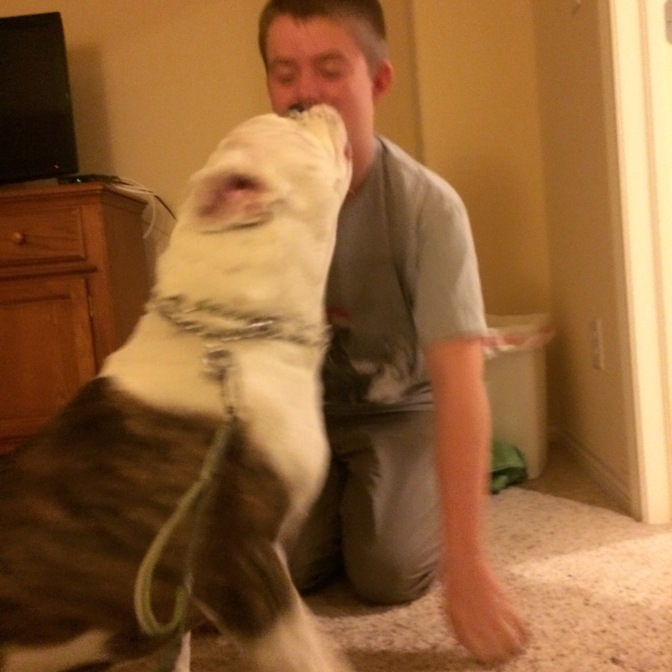 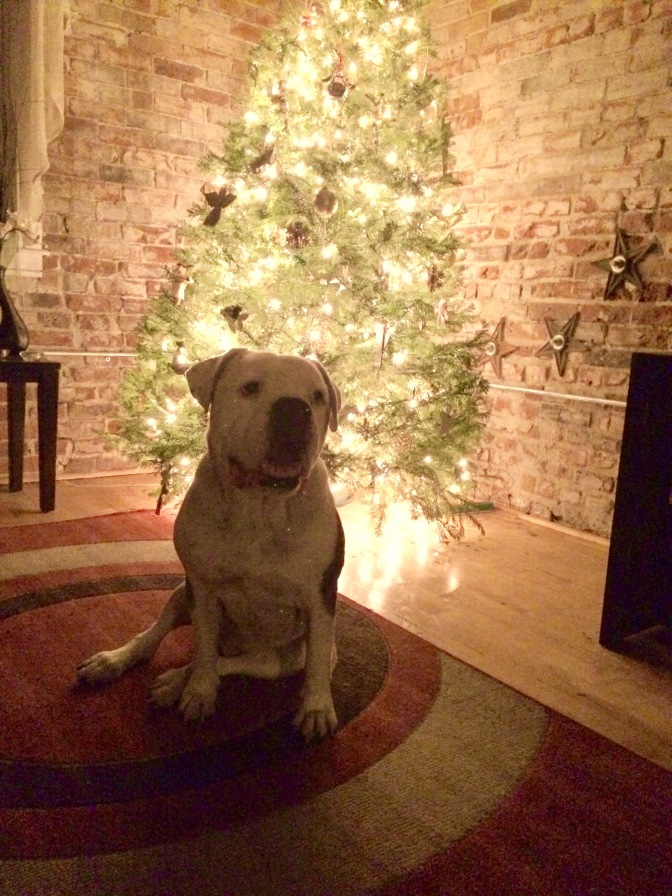 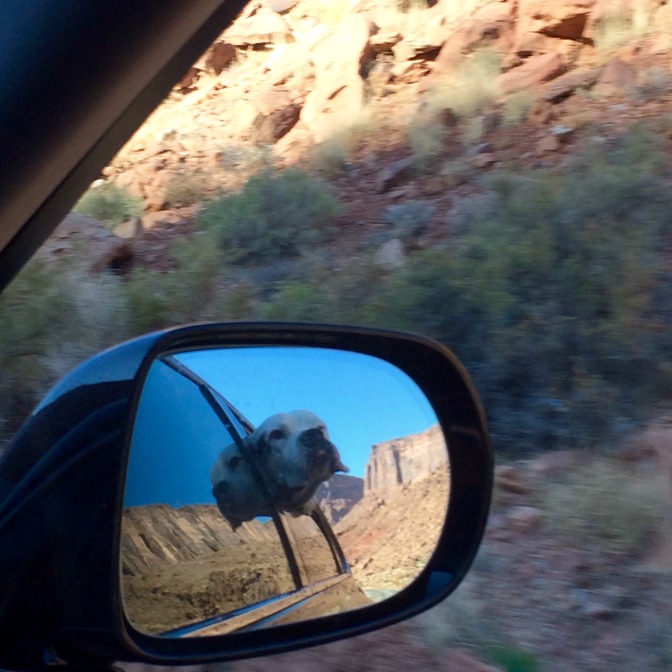 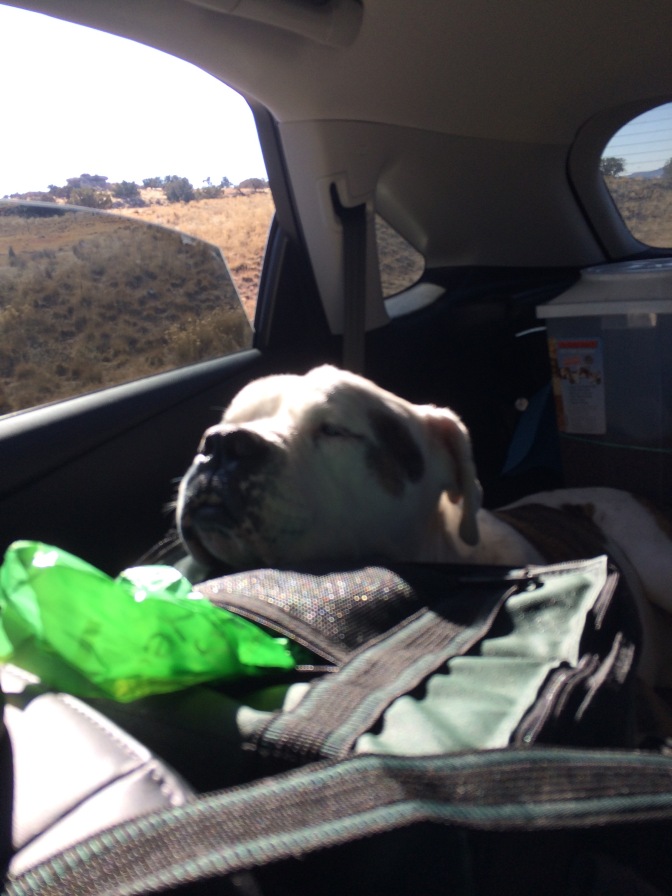 3 thoughts on “A Dog’s Tale: On a Long Deserted Highway”