But he’s got an absolute heart of gold, nary a mean bone in his body, and all he wants to do is either play or cuddle. Along with eating, drinking and sleeping, that’s what he’s all about. Who’s to argue? I think he’s figured out the key to life.

And so it was over the past two weeks, I’ve been taking Tay to the dog park, to socialize him more. It started with our normal walks where we met a wonderful couple, Antonio and Beatrice, and their big, awesome, playful puppy Miles. They suggested all of us meet at the park, especially since the two dogs seemed to have an affinity for the other. Taylor loved all dogs. All dogs, however, don’t love Taylor. Part of his love involves taking them down into submission. And though I agreed, I was still a bit wary. And while we have not played with Miles yet, Taylor has found other friends.

This morning, he found his best friend. I was fortunate that my buddy Diego, who also walks Tay, was also at the park. He brought with him four other dogs, one of them being a massive Husky-wolf mix. And I knew if the shit were to go down, it was going to go down here. And now. Down in China-town.

And all of a sudden, I thought I had been transported back to a spaghetti western. Ennio Morricone was playing in my head; and Clint Eastwood, Lee Van Cleef, and Eli Wallach had somehow transformed themselves into these dogs before me.

And then it went on some more.

Almost an hour later, it was time to go.
Another day. Another time.
We would be back. 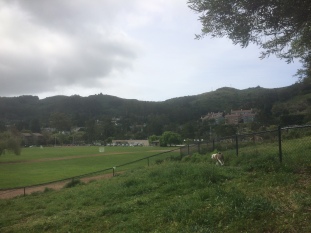 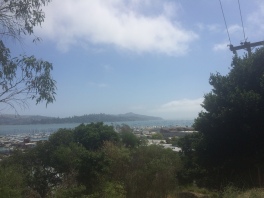 The Secret of My SucCecil 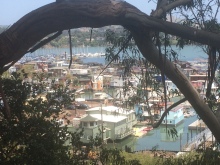 3 thoughts on “Dog Life, Part One”