We awoke before the crack of dawn to see the Taj Mahal at sunrise. All things in India are more beautiful in the mornings, from the sounds of birds and crickets and chickens and dogs and cows to the pleasant climate to the awakening of small businesses to the calm before the storm of rush hour traffic. And so it is with the Taj Mahal, already so beautiful but infinitely moreso in the morning.

Last night we saw the sun set behind the Taj; today we wanted to see the sun rise…

I lay here – my back infinitely thankful – horizontal on the cool marble floor of the Taj Mahal, looking at it from my perspective, or from any in fact, of its absolutely majestic and magnificent splendor. I’ve known of it my entire life, having heard of it from my folks and having seen it from pictures in books. Pictures do not do it justice. And though I had seen it only twelve hours prior, it still felt awesome. Living now in its presence, it looks like the most beautiful painting I’ve ever seen, against the blue Indian sky. Add to it the bright orange sun during yesterday’s sunset and this morning’s sunrise, my mind will forever have the image etched in my memory.

It’s only fitting that I spoke with my parents just a few minutes ago, while I was on and in the Taj. And in some small way, I feel like they are living vicariously thru me, as I visit places they have never been or revisit places they’d been a half century ago. It’s a big responsibility and an awesome feeling; and because of it, I love my folks even more than I thought possible (as I envision in my mind’s eye them walking years ago the same steps I’ve walked these last few days).

Derek and I are fortunate in that both yesterday afternoon and this morning, entrance was free. Today, we celebrate, with India, the 159th anniversary of King Shah Jahan’s death, and his ode to love to his third wife. It only makes sense that we are here today of all days.

Right this very moment, Derek and I sit about fifty feet from each other, each with our harem of people surrounding us – mostly high school & university students congregating around him and five-year-olds gathering around me, fixated on having their pictures taken. The younger kids especially vying for attention and prominence within the walls of my camera lens, perhaps feeling they will be India’s next stars – Indian Idol. The older kids just fascinated with a tall, white man amidst their people soaking in everything he may have to offer; and so questions of everything come from everywhere.

At one point, I spent twenty minutes with my Pilates breathing exercises. Breathing in and out as I contract my stomach, each contraction greater with each exhale. My Pilates instructor and now my friend would be proud; and maybe even somewhat jealous wishing he was here to enjoy this experience. It is really warm now but not uncomfortably so, being early in the day, as it would be the case later during the Indian midday, the sun’s rays shining bright on the east side of the building highlighting the beautiful white marble and artistry of its variously coloured etchings and scripts from the Koran.

Last night, we did not get a chance to go inside the Taj and walk its floor directly outside its entrance. The opportunity to do so this morning meant everything. Inside, we were led downstairs one level to two tombs, one housing the remains of Shah Jehan and the other his queen. (Upstairs would house replicas of the same tombs) in an otherwise perfectly symmetrical structure in all ways from every which angle, Shah Jehan’s tomb is the only blemish to the Taj of its symmetry. He had originally planned a version of the Taj to be built of black marble to house his remains across the Yamuna River, so that he could forever be looking across the river at the Taj with his love. As it turned out, he was imprisoned by his son, spending the last eight years of his life in Fort Agra. His daughter made sure that his body was laid to rest next to her mother in the Taj.

Which brings us to today and this very moment. 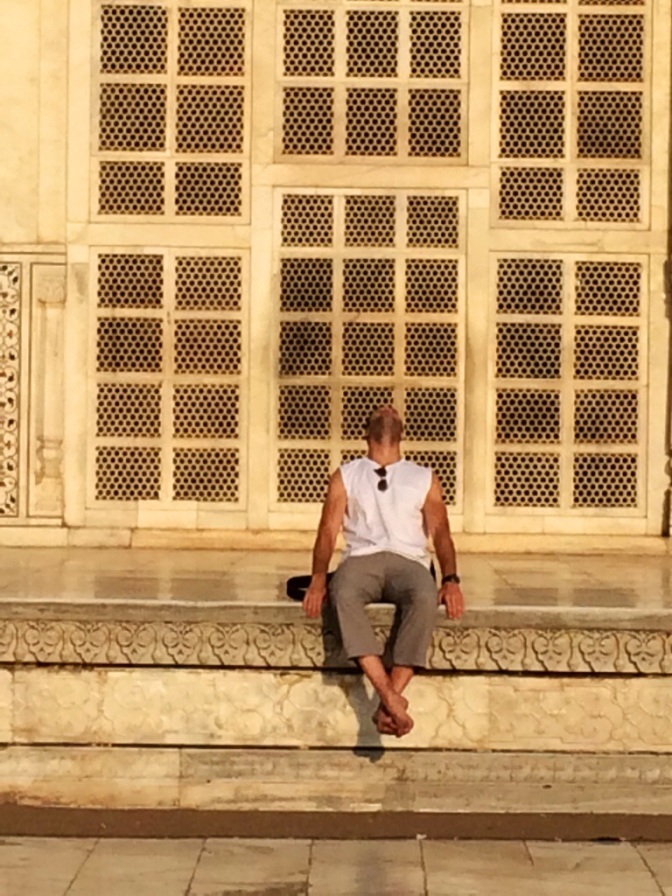 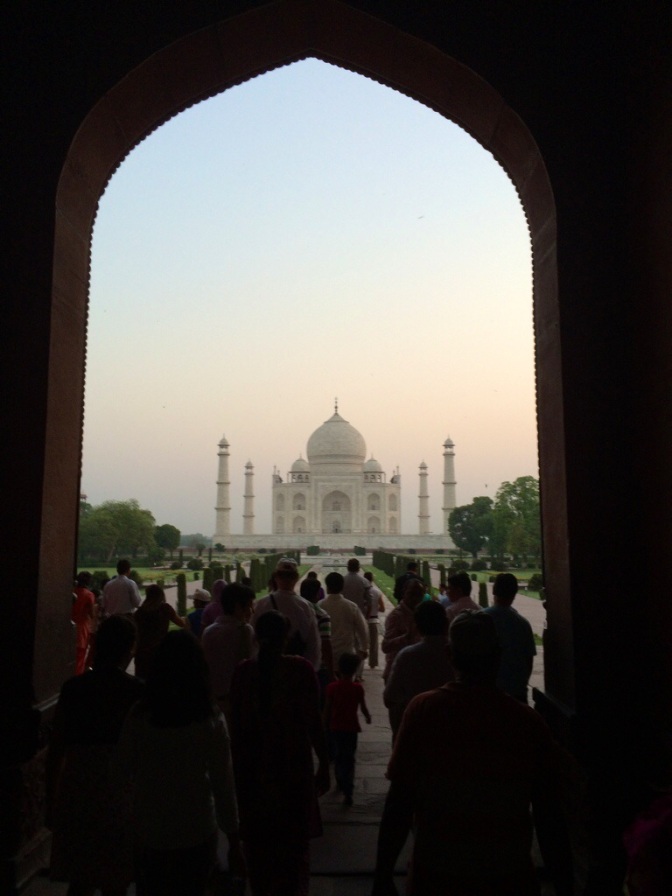 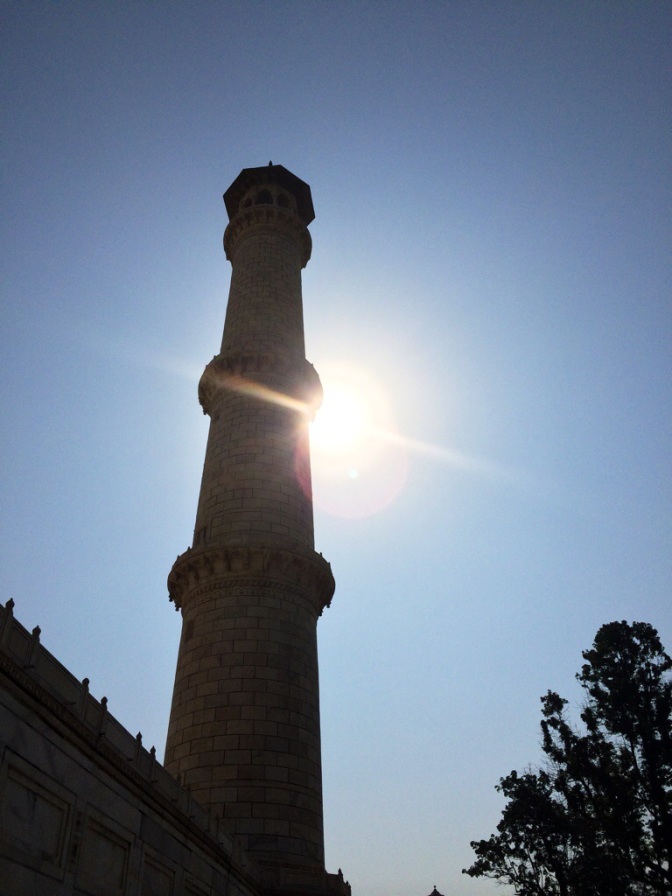