This morning started at 5 AM, packed up, and then a very fine Masala Dosa for breakfast (my favourite) at the hotel. Raj came around 6:15 AM and by 6:30 AM or so, we were back on the road. Agra, here we come.

Raj wasn’t in the best of spirits, though he was still amiable. He had slept in the car last night, which really concerned Derek & I. Putting two & two together, we figured out that Raj was secretly counting on us to buy something from the textile factory last night. On the way, he had told us he’d be spending the night next to it, but we realized (only this morning) that stay was contingent upon us buying souvenirs from the factory owners who must have also owned the lodging as well. That’s how things worked in India.

About a couple hours into our drive, Raj took us to a market with “the very best prices and very best quality.” To his word, we did find and ultimately purchase a few items, for me mostly small but ornate statues of elephants and camels, of Hanuman and Ganesh and a handmade journal.

On the way out, unbeknownst to Raj, Derek inadvertently witnessed Raj getting his cut. With money made today, Raj’s spirits rose, which we clearly saw on his way out back to the car. And we were off.

Today, we had both Fatehpur Sikri (the “Ghost City”) and the Taj Mahal to look forward to, on the way to and then in Agra.

The moment we walked thru the massive gate of Fatehpur Sikri, I thought we were on the set of an Indiana Jones movie. The fort was built over a span of fifteen years by the greatest of all India’s kings, the Mughal emperor Akbar (grandfather to King Shah Jehan who built the Taj) in 1569, a symbol of power to rule over all of India (what is now India and Pakistan). Its name literally meant “victory place”, the physical embodiment of Akbar’s many military victories expanding his reach all over India. What strikes you from the very beginning is the sheer size of the structures, the wide expanse of its courtyards, the proud turrets at the top, and the artisanship of it’s walls.

Right after it was built, Akbar decided to abandon the city as there was no water supply to sustain its citizens. And just like that, what took fifteen years to build was immediately abandoned, its remnants still beautifully preserved, impressive in its grandeur.

Speaking of… I thought Fort Amer yesterday was impressive. Fatehpur Sikri took that to another level. And then we saw the Taj. 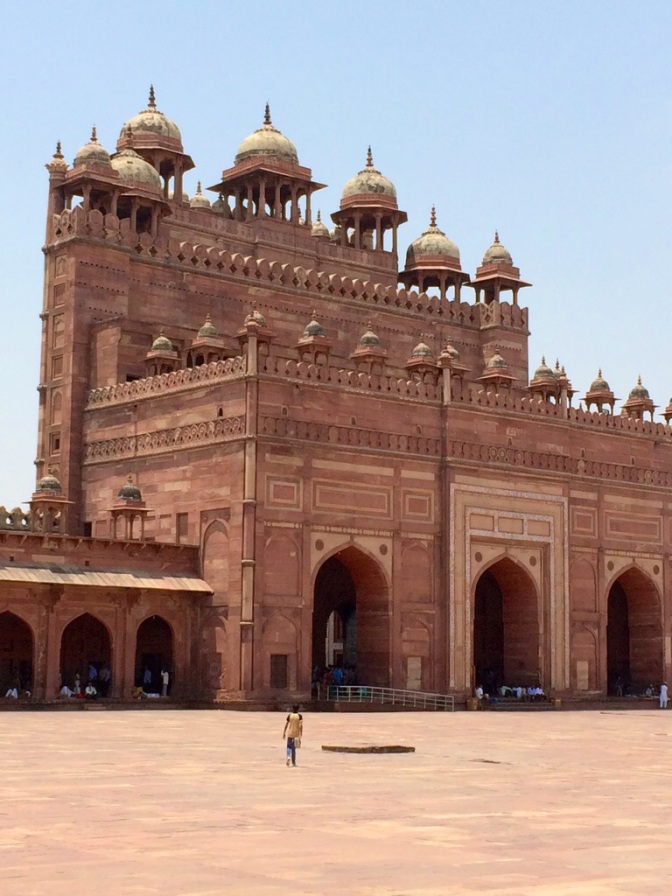 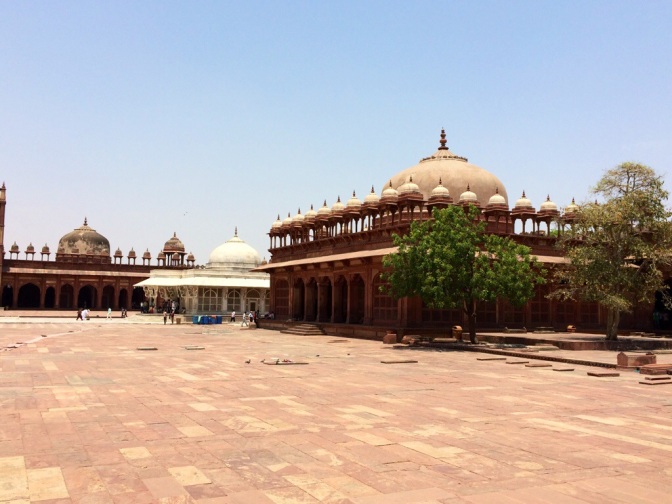 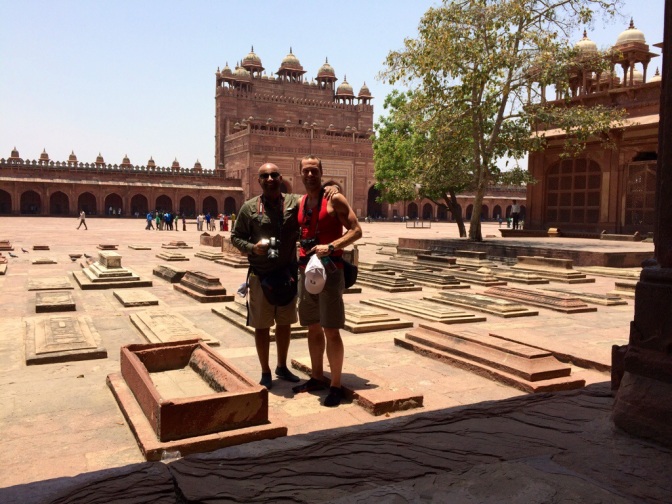 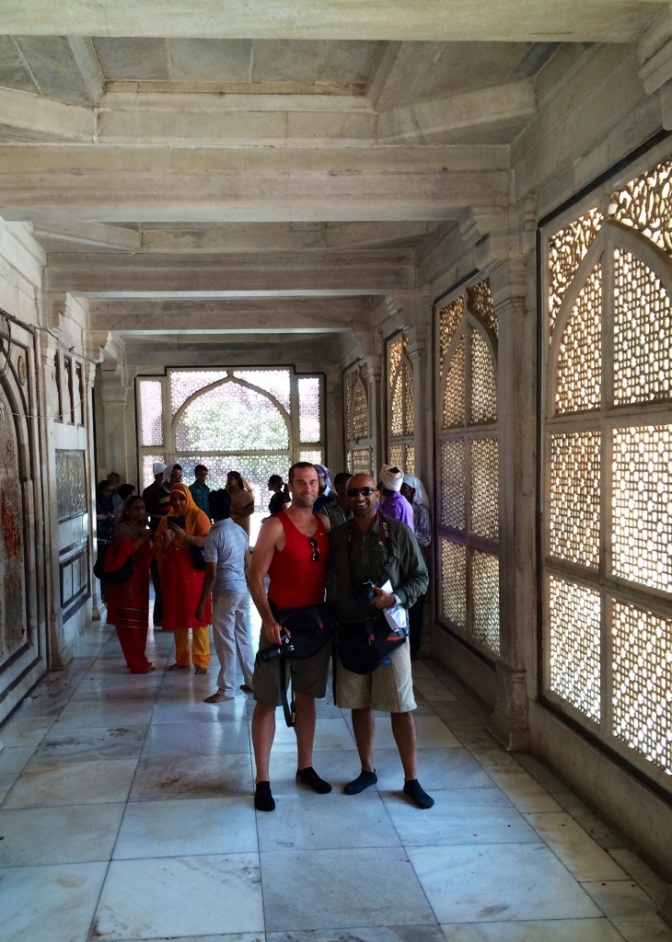 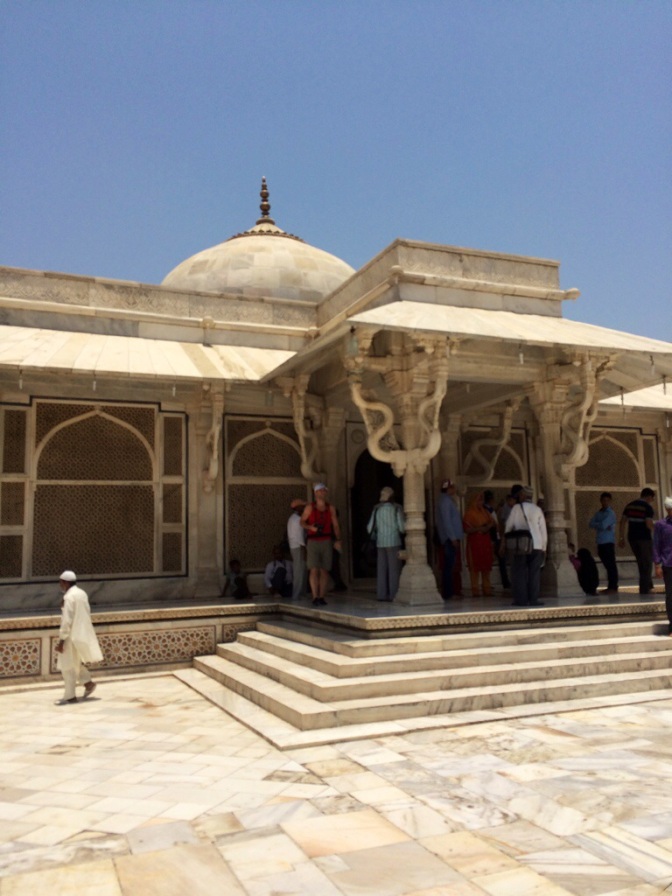 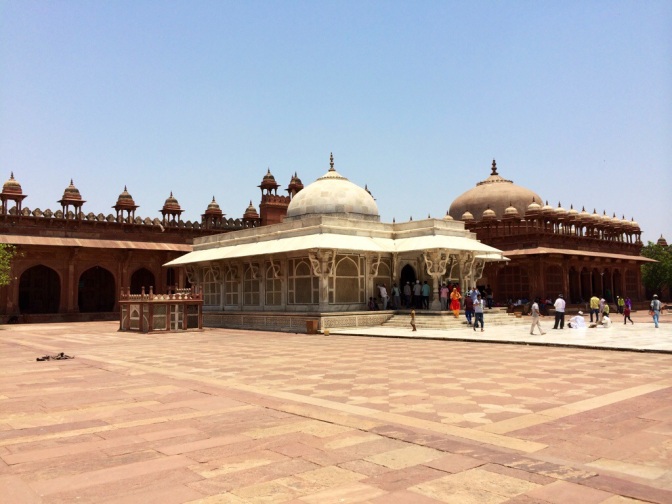 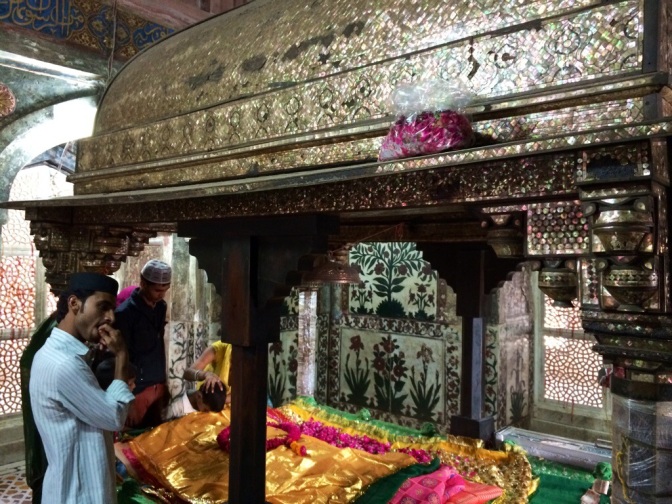 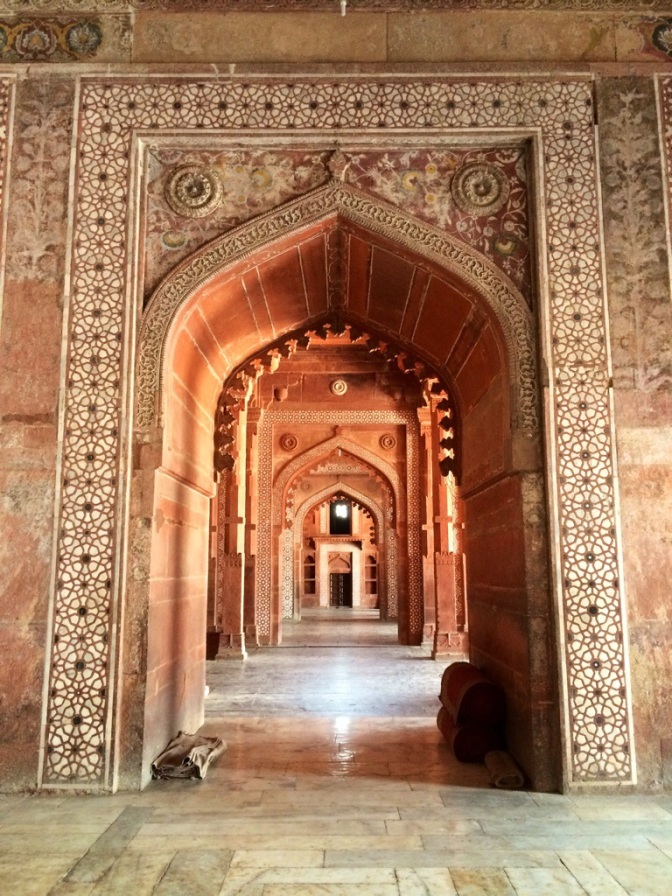