I’m not a photographer at heart. So after four hundred pictures or so, I stopped to listen to the music. Reggie was still snapping away, a true student to his craft. He held his lens like his life depended upon it, the music just background to his purpose this eve. On the heels of forming a Soul Train dance line in the middle of the crowd, Aloe Blacc’s frontman was singing “You make me smile. Meet someday new.” while we clapped hands. And so I smiled. One of those big ones. Everyday is an opportunity to meet someone new, to share something new, to learn something new, to take advantage of new opportunities. Today was one of those days.

Earlier in the day, by 4 PM, I was aboard the ferry in Sausalito on my way into Super Bowl City, of course passing the Golden Gate and Alcatraz with the sun waving goodbye, making its way down west, before arriving at San Francisco’s bustling port and the wonder of the Ferry Building, Mohandas greeting outside.

Very much a family friendly environment, I spent the first 45 minutes just walking the grounds, always impressed with how San Francisco can put on an event. Chris Isaak had started the festivities its first night; and Alicia Keys would end it this Saturday, before the Broncos and Panthers square off the next day, hopefully sending Peyton Manning successfully into the sunset, much like John Elway almost twenty years earlier. There were teems of 49ers uniforms, but unfortunately none of them were players suiting up for the game. I had a fleeting thought that, while I gave it credence, I quickly dismissed, dwelling upon it too frustrating – when Super Bowl 50 originally announced its location to be Santa Clara, there was no doubt in my mind the NINERS would have been playing in that game. They were so good, with a great mix of young and veteran players with a phenomenal coaching staff. Three short years later, we are in the start of a rebuilding process, a shell of the team that went to three straight NFC Championship games. Ack. Ah well.

I was going to leave at 5p (feeling bored after an hour) when a guy named Reggie asked to sit next to me. Reggie happened to be a photographer. We started chatting. I had lens envy, eyeing Reggie’s camera, sporting a super nice and powerful camera lens. I ended up staying to see the first half of the free concert Aloe Blacc; I’d never heard of them, but enjoyed every bit of their show. And I learned more about photography in a couple hours that I had learned the entire time I’d picked up photography as a hobby over a year ago. (Coincidentally, I had signed up for a photography class this Saturday now feeling that I was prepared for that class.)

And now I am back on the ferry heading home, looking back upon the city that I love. 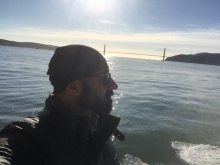 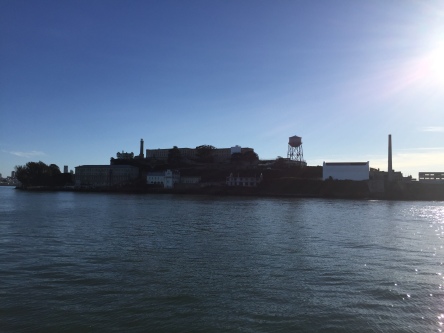 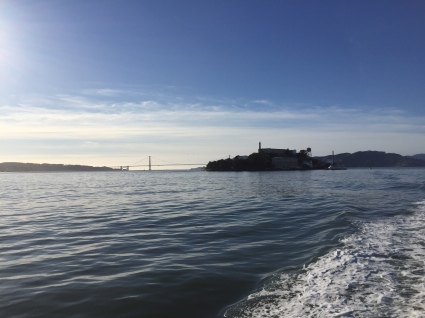 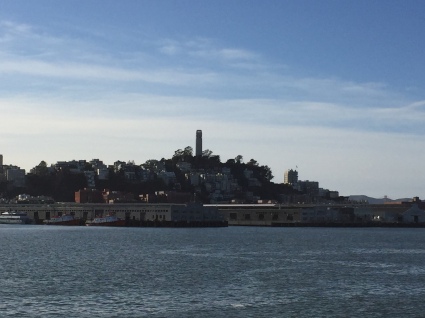 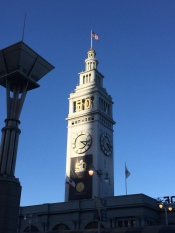 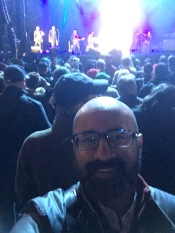 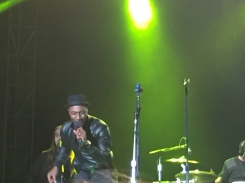