Our first night in Mumbai, we had to have beer at Leopold’s. Located in the Colaba district of Bombay, across from the police station, the bar and cafe was made famous in the book Shantaram by Gregory David Roberts, which I read four years ago and Derek has currently been reading the past two (trust me it’s no easy task to get thru this book, though in many ways, it’s an exceptional novel). It was the site of of the 2008 terrorist attacks killing ten people and injuring several more, before they went to the Taj Mahal Palace Hotel to create more damage. In an act of defiance, within the days, Leopold’s reopened only to be shut down again by the police for safety concerns.

We closed down Leopolds back in June 2014 for our one night stay in Mumbai. In our minds, DaveRisner needed to see it.

“Here at the famous Leopold Cafe [Mumbai] with Cecil J. Puvathingal and Derek Layne… Cool place, but not what I was expecting. Seems as close to a western bar as we might find in India. Drinking Kingfisher beer from one of their ice towers.”

I’m not sure if DaveRisner was as impressed by Leopolds as Derek and I were, and maybe it’s cos we had such a good time there two years ago. I’m not even sure if Derek and I were all that impressed the second time too. That being said, we had a terrific time sitting at a table next to the entrance (i.e. perfect people watching position) as opposed to our first time when Derek and I were frying inside the far corner sweating bullets as we downed our King Fisher towers along with the spicy beef. We drank so much that last time, but could not get drunk; the sweat pouring quite obviously consisting entirely of beer. Quite charming, it’s got the feel of a dump but a lovable dump with old photographs telling stories on its walls that have been alive since the 1870s. The energy here is palpable, evident the moment we set foot inside. We talked about a great many things, mostly laughed a ton, reminiscing about Kolkata and Varanasi, making plans for Udaipur and Jaisalmer, which would be the start of the Rickshaw Run.

Leopold’s is the kind of place where you can solve the world’s problems. I imagine there may be a few pubs in Ireland who could claim the same. After a couple towers, most certainly DaveRisner, Derek and I had a bead on a few.

Derek wisely decided to make it back to the room at Hotel Marine Plaza early and get first dibs on the best bed. DaveRisner and I had other ideas. When DaveRisner has an idea, one tends to listen; though perhaps there are better things one should tend to. We ended the night along Marine Drive with a beautiful view of the skyline to the north along the Back Bay. We wanted to hurdle the barrier to the jogging path, but a police officer promptly told us we needed to leave. We would begrudgingly cross the street, walk back to the hotel, at least happy that we did get to Irish Times beforehand, a bar that reminded me of the John Barleycorn on Clark (in Wrigleyville, Chicago), and the Geoffreys, another western style bar at our hotel. Neither of them was anything special other than they were really nice bars, but hey we have a ton of them in the States. Give me Leopolds any day or night!

Go Leopolds or Go Home!
Tomorrow — the rest of Bombay! 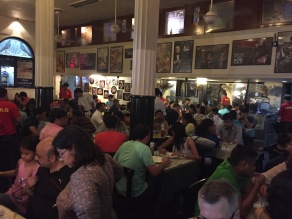 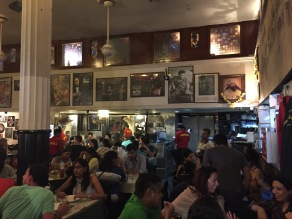 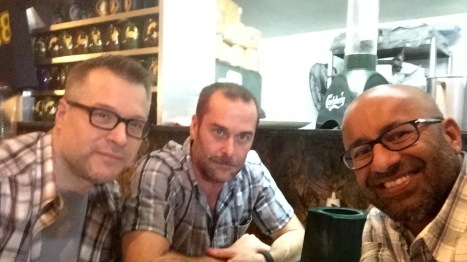 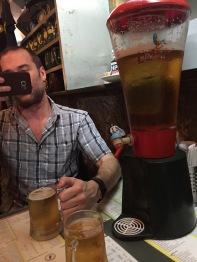 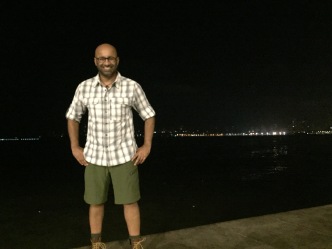 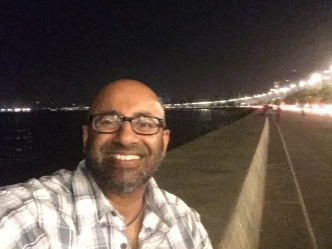