I just left my 100 lb American Bulldog – Taylor – with my brother in Chicago.
I am now in Washington, DC.
In two weeks, I leave for Thailand.

The last time I left Taylor was seven months ago, when I left for India; and this is what happened.

“Today was a day. A great day but yet a sad one. I fell asleep last night around 11pm putting the phone down after a wonderfully vibrant conversation with a dear friend of twenty years. My alarm was set for 5:00 AM. I awoke at 3:30 AM, bright-eyed and ready to tackle the day. The world, as I would be on the other side in 24 hours. More importantly, I just wanted to spend it with my dog, my best friend Taylor, a 100 lb American Bulldog. He never left me as I fell asleep last night, at the foot of the bed snoring loudly listening to me have a conversation with Carly. And then watching me fall asleep as he too did.

I worked for three hours, pecking away at my laptop, as Taylor patiently lay on the floor next to me in bed. Around 6:30 AM or so, I went to work on my blog – the quotes from ‘Shantaram’ at the forefront of my mind in preparation for my trip through India, the story itself an epic journey through my homeland, one that I was about to live.

I wanted to spend the day with Taylor, doing the things I had to do, but in reality give him a sense of security that the next three weeks would be okay. I’ve realized over the last four years how sensitive and loving he really is, despite his ‘bull in a china shop’ persona and his ‘alpha dog’ mentality. He has been apprehensive and sensitive for almost three weeks now, and I can tell that whenever I leave, he feels like it could be the last time that he sees me. Perhaps I am just projecting, but I know him like I know myself. (I felt the same way last year for Christmas; and he felt it too. I flew back Christmas Day from Indiana with my family partly because I wanted to spend that evening with him.) Taylor sees my backpack packed. He’s seen me unpack, take items out to lighten the load, then repack. And though I have a conversation with him during the entire process, he likes none of it. At all. And while he fights that urge to be angry and upset and lash out, he remains. He remains by my side as I hurt him, patiently giving me his love as his presence can only do. But there is a huff and a puff underneath his exterior; one that I feel despite his love.

Taylor’s been quietly loud in his despair and defiance for a while now.

And so around 7:30 AM, we went on a long walk. And I called my mom who’s in India right now with my grandfather. And I spoke loud enough so Taylor could hear me, and my mom spoke loud enough for him to hear her. She loves him dearly too; and Taylor loves her back equally.

At 9:00 AM, I was to leave for a massage. Walking through my door with Taylor like I have countless times before, I took off his leash telling him I was running late to meet my masseuse, a friend of whom Taylor was already quite fond. But he wasn’t hearing me. As I closed the front door, locking it behind me, I heard what could only be described as a cry. Taylor cried.

I’d never heard Taylor cry; and I hope I never do again.

I left, cos I knew it’d be good for him to see me come back. But really, everything I’d been feeling these last couple weeks, once Taylor got wind of my trip, came to fruition in that singular moment. Separated by a door, we both cried.

I know it sounds crazy. But we both cried. And yet I left.

Almost two hours later, when I came back to open the door to my place, I’d never seen Taylor happier. Wagging his stub of a tail, slobbering all over me, he was a puppy again, as he often is, bellying his almost eight years with my brother (his first papa) and I (his current papa).

I painted awhile, Taylor at my feet. And I worked. And then I ate. And then we went for another walk, at which point I called my dad. Once again, Taylor was happy to be a part of the mix. And I wasn’t going anywhere. I didn’t have the heart to tell him otherwise. I only reminded him of our visits to the office together the last couple days, our many hikes in the Marin Headlands behind where we lived, and all the errands we ran together over the weekend.

After we arrived back home, it happened.

When I got out, Taylor was waiting in my bedroom, sitting on the floor in front of my backpack, both pleading and defiant. His eyes were sad. And he just then laid down. And I did the only thing I could. And I like to think the only thing he wanted, besides wanting me not to leave. I laid down and just hugged him, and spoke softly in his ear.

And I told him how much I loved him.

Uncle Diego would take care of him, I told Taylor. You’re a big fan of Uncle Diego, I continued.

He didn’t wag his tail nearly as hard or as often as he normally did when I whispered sweet nothings into his ear.

I got up, ordered an Uber and took him out for a third walk.

We were home soon thereafter. I gathered my things. Gave Taylor a kiss. But did not say goodbye. Uncle Diego would come by in three hours. It wouldn’t be the same, but he’d be fun.

I walked out and locked the door. This moment is the first moment of the next three weeks. Till we meet again, Taylor. 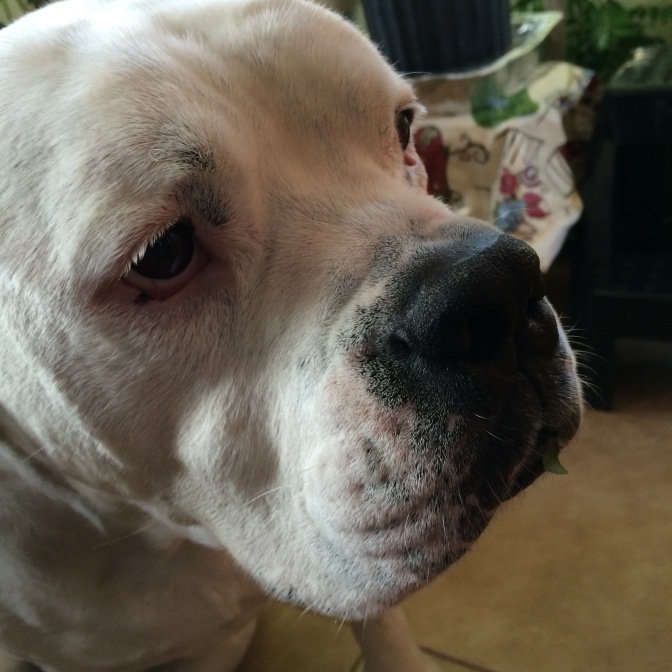 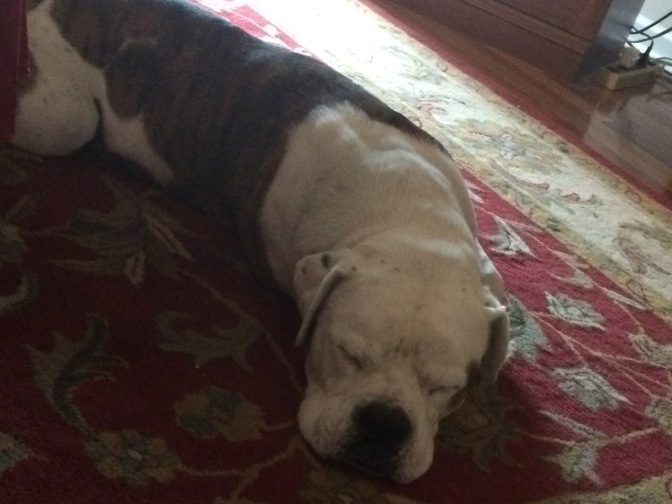