“Those people who have only been to Bombay or Delhi don’t know India; they only know the India that is presented to them.”

Those were our friend Anthony’s words one evening at dinner in Bihar, in what seemed like a lifetime ago and a world away when in fact it was just a mere 48 hours past. That’s what made this birthday significantly different than any I had ever celebrated.

Happy Birthday to ME!

I am quite certain that I have visited India more times than most people, having gone in 1982, 1988, 1991, 1997, 2006, 2014 and now 2016; and most certainly have seen more of the Indian subcontinent than most, let alone anyone I know. I thought the last time I was in India, portions of that trip were hectic beyond belief as Derek and I went from one city to another in the north (Delhi, Jaipur and Agra) and down south along the western coast (Mumbai as well as much of Goa and Kerala). That trip in 2014 gave me no concept to what hectic truly felt like. We were passengers on that trip, drivers on this.

The first half of this trip was much like the trip Derek and I took back then, the only difference being that we added a third – DaveRisner, which inherently makes all experiences different and awesome. I’ve always been one to invest in experiences; and I’ve always been one to even more invest in awesome. This birthday is the same as so many of my previous ones for so many of the same reasons that made them all so very special and epic. I am with a couple of my closest friends and some new friends. I am doing exactly what I am doing. I am truly happy. I am alive and I am at peace.

And yet, this could be the most different birthday I’ve ever had. For the first time in forty years, I celebrate it in the country of my birth. I felt disconnected from my Indian roots for so much of my childhood and teenage years. Understandably so, I only wanted to fit in; and be American like everyone else, like my friends, some of whom are still my best friends. As an adult, slowly I started to feel differently. I wanted more and more to understand where I was from, at the time thinking that potentially it was the reason for who I was becoming, at this time knowing that is only partly true. As an adult, I started to become more of who I was supposed to be, and had friends who only supported that, as I supported who they were becoming. Some were old friends. Some were new.

These were the things I was thinking from our corner room at the Hotel Dekeling, with a balcony providing a stunning view of the entire hill station from several floors up. After relaxing a bit, our group – Derek, DaveRisner, Paul, Lisa and Anthony – left for a walkabout through Darjeeling’s myriad labyrinth of roads and alleys. We made our way to the square past the Bengal Natural History Museum, St. Andrews Church, Darjeeling Gymkhana Club, before making our way down to the area with the Old Super Market and Chowk Bazaar. Before long, we found ourselves at The Glenary’s.

Glenary’s Bakery, Cake Shop and Cafe just up the street from our hotel proved to be our home away from home. Located on the ground floor of a two-story white colonial building, it could have easily belonged in an English countryside, and I would find out later had been in existence since British colonial days. We enjoyed tea and treats on its balcony, witness to a stunning sunset behind the clouds. The tea was world famous while the cakes and pastries were simply delectable. Sitting there in the clouds, I couldn’t be happier. I thought of all my family and all of my friends, as I was sitting there with two of my favourite old friends and some of my favourite newfound friends. We even filmed a video of us wishing our buddy Tony who lived in the Bay Area a happy birthday. I thought how lucky I must be; friends are hard to come by, and I was fortunate to have several. Darjeeling during the day was beautiful, but it in no way could compare to its beauty during the sunset. Soon, others from the Rickshaw Run joined and we had dinner and drinks, talking stories of our adventures so far, of which there were many. We had just completed day nine, and on day ten.

At some point, there was an earthquake that everyone else seemed to feel but me. I was in the bathroom, hearing the sounds of the gentleman in the stall next to me, wretching his guts out.

I would find out the next day that Myanmar was hit hard. The earthquake had registered a magnitude of 6.9 at 8:25 PM, its effects felt in India and Nepal with more than 120 people injured and some fatalities. Though we were almost 550 km away, we felt it in Darjeeling. Well, everyone else but me did.

Derek, DaveRisner, Paul, Lisa & I left The Glenary’s to the only bar open in town – Joey’s Pub – a short walk close to the Big Bazaar of Ladenla Road – leaving some of our Rickshaw Run compatriots and meeting others. A traditional British style pub, Joey’s was located in a cozy cottage building. Of course, DaveRisner, Paul and I closed the place down. That’s what you do when you’re with DaveRisner. He likes to close things down; and since it was my birthday, I did too. We were happy that Paul wanted to as well; the others had left. The owner talked to us of the history behind Darjeeling and especially that of Joey’s, how her husband bought the place. He was an incredible guitarist, and the place was named for their son. I’m surprised I remembered that much; it was my birthday after all. Walking back was a trip; more drinks on the balcony even moreso.

Thinking all these things of our trip so far throughout the course of the day and night, what was I left with?

I saw things and we visited places that were simply magnificent, all of which will forever live in my memories, leaving an indelible mark.

I also saw things I could simply never unsee. Was I happy about seeing it? Absolutely not. Was I thankful that I saw it? If for nothing else but to appreciate the sanctity of life and our place in the world, then absolutely yes.

I realized even more than before how entitled a society we had truly become, how we had way more than we would ever need, experience too little of what was truly important, and didn’t take enough time each day to appreciate what we had. I lumped myself into that lot as well, and I knew I would make an even more concerted effort not to. It was still not enough.

India, especially this quaint hill station of Darjeeling, has a way of opening yourself up to the possibilities of life. In many ways, I wish we didn’t have to get on the road tomorrow; I could conceivably stay here for “a mighty long time but I’m here to tell you there’s something else”. Life goes on; and if you let it, it will pass you by. I’ve decided not to let it.

from the balcony of The Glenary’s

from the balcony of our Hotel Dekeling 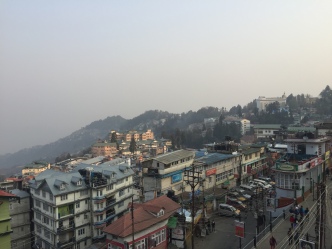 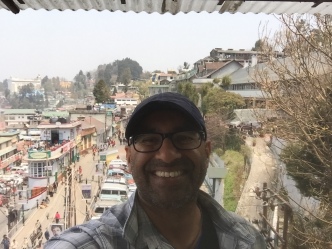 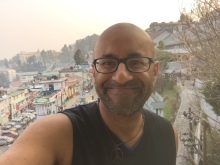 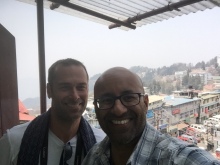 On the balcony of Hotel Dekeling

Our room at Hotel Dekeling 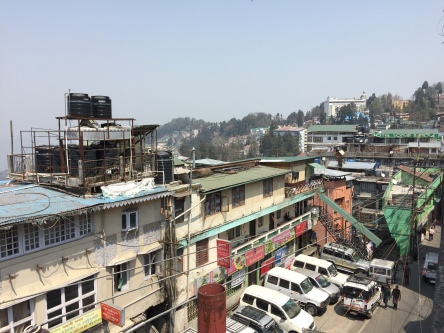 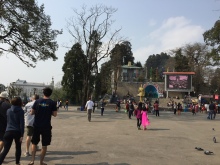 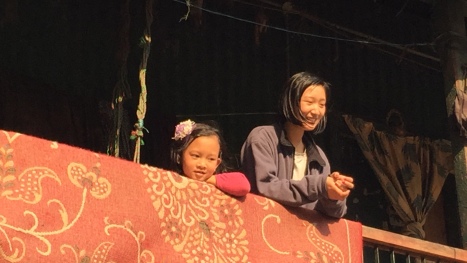 two of the cutest sisters we’d met – Nirvana and Nilvada 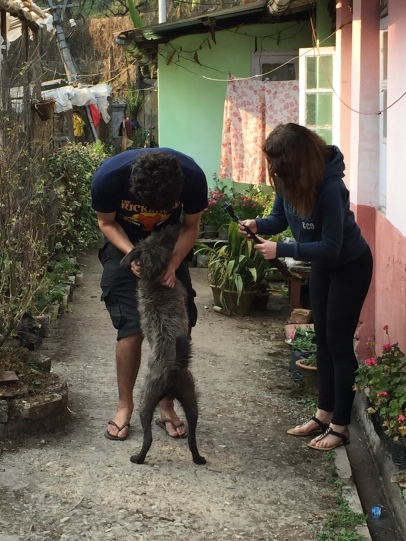 this mangy but cute pup fell in love with Paul & Lisa 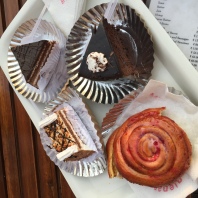 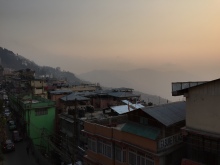 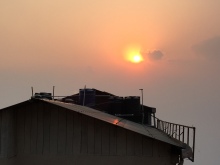 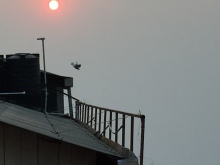