Back in Sausalito in January

Want a Weekend in Sausalito?

It seems that the Indian roads are the biggest character on our journey. At times she’s easy, but not very much. The majority of the time, she’s a complete bitch and if it’s not one thing, it’s another.

I started the day off a little after 7:30 AM, driving 70 km to little drama, save for when we missed a left turn for the highway eventually taking us to Jaipur, and in turning around, stalled the rickshaw in the middle of the highway. We rolled off to the side of the road when DaveRisner took over. We entered Ajmer from the south end of town on 79N taking it through the city, passing Jaipur Road and Nasiyan Temple before getting onto 89 right after Delhi Gate Road. We stayed on 89 at times hugging the southern part of beautiful Anasagar Lake up the steep hill before settling onto Pushkar Road. DaveRisner was a champ in driving thru the streets of Ajmer, then past it up and down the inclines and declines, switchbacks, navigating through and around people, cows, dogs, pigs, cars, lorries, busses and other rickshaws on the way to Pushkar, our intended destination for lunch.

By 11:00 AM, we were in town about to be accosted by a police officer (perhaps we were not in the part of town where we were allowed? we never did find out cos) just about then a random stranger on a motorbike saddled up to ask if we were visiting. We would come to find out that Nishant was the owner of Hotel Paramount, just through town close to the lake. He promised us there was a rooftop view of the city as well as food waiting for us.

Putting our trust in Nishant, he did indeed lead us thru the narrow passageways (once again giving DaveRisner props for driving) and within a few minutes, we found ourselves laying atop the rooftop restaurant for the Paramount Palace.

We needed a beer.
So we ordered that and some lunch before taking in the view from the rooftop.

The Hotel Pushkar Paramount Palace was perched on the highest point in town with views of the town, Lake Pushkar and Aravalli range of mountains. The hotel was originally a 250 year old haveli renovated in 1993 into its current name. Bright and sunny on this particular day, the white and light blue walls of Pushkar’s buildings shone in the midday heat. Another one of India’s ancient cities, people came to Pushkar on pilgrimage whether they were devout Hindus or simply people in search of a spiritual landscape from which to center their lives, and thus had become extremely popular with tourists. The town was filled with temples and situated on the shores of Pushkar Lake. We came to find out that many of the temples were not old (by Indian standards) as they were destroyed by Muslim conquests in the area. During October and November, teems of people would descend upon the city for the big religious fair centered around the Brahma Temple, and along with it the Pushkar Camel Fair. Perhaps because it was the slow season, Nishant was forced to ride his scooter into the town square in search of wide-eyed tourists in search of room and board. And so our paths crossed, just when we needed it.

DaveRisner went downstairs for a smoke and brought with him two pretty and affable women he’d met on the street, both British, one from Los Gatos in the Bay Area and the other from London, both on holiday. Pretty soon, we were immersed in conversation partaking in wonderful vegetarian Indian cuisine.

In some ways much like Varanasi, though significantly less dirty, Pushkar imbued a sense of peace and tranquility, much needed after driving a rickshaw on the roads in between towns. Sitting at the hotel’s rooftop provided us with a sense of calm, a stillness we really didn’t want to break, but we had to. Our journey was only just beginning, not even 15% of the way to our final destination in Shillong.

Time to go. And so we left. 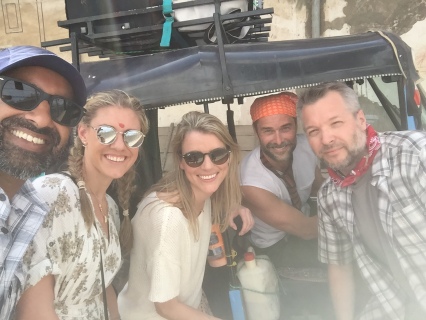 our newfound friends we met from UK 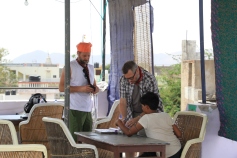 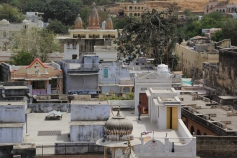 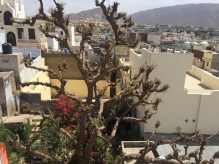 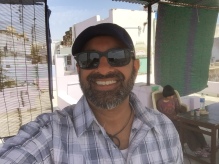 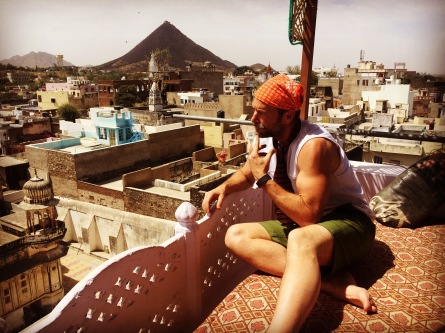 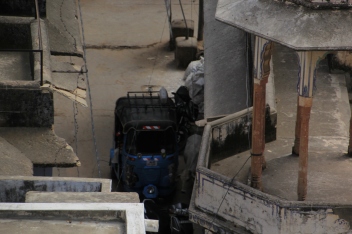 where we hid our rickshaw 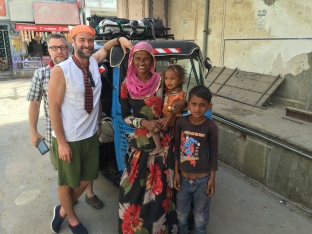 this family wanted a picture with Derek and DaveRisner 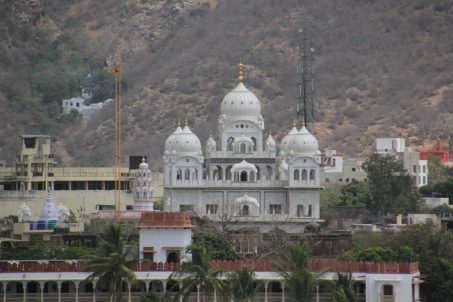 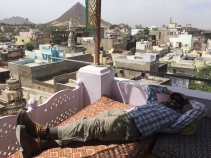 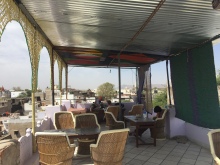 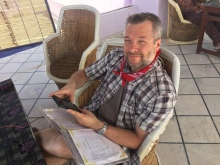 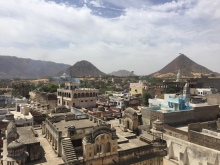